Not a lot is known about the history of "Samuels Crew" before 2015 What many do not know today is that the history of the Berlin event and club scene is based on animation and freestyle dancing, and not on the deep-rooted hip-hop scene. It is based on the pillars of breakdance, graffiti, DJ-ing, rap & beatbox. That's what the culture lived on. Berlin's party and nightlife, on the other hand, was characterised by hip-hop, techno, pop music and music from many other areas.

No-one knows for sure exactly when "Samuel's" got its name. What is known is that from 1999 to 2001 the three internationally successful judokas Jens, Sebastian and Björn were all heavily involved in the nightlife and dancing scene in Berlin. Particular highlights were the specially organised sports parties, later known as the "Players Delight", in the eastern part of Berlin. At these events they met the dancer Sam, who was firmly anchored in the Berlin gay scene with his freestyle and animation dances.

Mutual enthusiasm and the special desire of Sven and Torsten, the then organisers of "Players Delight", to have the three judokas as regular dancers at the parties, resulted in the guys getting their first noteworthy booking, an event attended by over 2,000 people, in the privatised and disused SEZ Berlin facility.

Fearless and full of love for their newly created passion, they lit up the Berlin party and dance scene.

Word soon spread among organisers in the Berlin club and party scene about the, at that time, unusual team consisting of the four guys dancing freestyle. In the next two years they did the rounds of Berlin's club and party scene, wherever animation and freestyle dancers were needed. Almost no club or venue was left out.

At this time large events with constantly changing venues in disused Berlin factory buildings were very popular. Party organisers on every scene had to come up with new highlights for their Berlin audience so they could fill large halls. Venues such as the Dynamohalle, Arena, SEZ, Velodrom, BKA tent, the "Pregnant Oyster" and the Tempodrom were taken over by Berlin organisers on an almost weekly basis.

Due to massive demand, the boys soon had to organise entire teams with up to sixteen freestylers for their performances so that they could then entertain the Berlin party crowd with concentrated power. A special trademark of these teams was the richness of facets, which appealed to all through with both optical and dance skills. They got to know a lot of interesting dancers, who they also had contact with outside the nightlife.

The group soon admitted its first three female members - Ina, Christine "Stones" and Nadine "Red Nad", who were long-established in the Berlin club scene. Clubs like "Strike" or "Blue" were their weekend homes. The girls were a logical addition to the boys. Stones' deep connection to the Berlin hip-hop scene, Red Nad's classical training combined with her love for hip-hop music, and Ina's changeability in costume and appearance gave the team a whole new quality.

Vocal talent Mark and later co-founder of Samuel's Dance Hall "Romeo" (2nd- generation Berlin B-boy, known at the time as the Adonis of the breakdance scene and notorious for his dynamically accurate power moves) completed the team, and the group's potential shot to an unprecedented level.

In this formation they were active on the Berlin nightlife and club scene from 2002 to 2004 under the name "NBC - New Boogie Clique". At the same time, Jens and Sam followed their dreams and remained true to the group, but said goodbye to the active dancing nightlife. The exceptional quality of this team soon became obvious. Everything was based on a visual animation landscape, the need for the extroverted ability to depict something, and to perform in every musical genre. The motivation to enrich Berlin nightlife as a team with all their talents and their shows would prove to be pioneering and become their trademark. It was no later than at this point that they became indispensable to the Berlin night landscape.

Between 2001 and 2003 they performed all over Berlin for KISS FM, Jam FM, big events such as the CSD and Love Parade, and as freestylers and a show group at New year's parties.

There organised their own events, created in the former Narva Lounge, where the potential of the group was fully realised. This allowed them to raise dance, DJ-ing and singing to a whole new level on the scene.

The monthly "Samuels Night", which was supposed to connect the highly revitalised scene (KitKat visitors) with the Berlin club dance scene (e.g. Sage visitors), was musically influenced by house music.

At the "Samuels and Friends Party", which took place every month in the same club, many different Berlin acts met "NBC" or tested new shows. They literally danced through the marrow of this city. New ideas could be implemented immediately. The loyalty to each other and to the organisers triggered a steady growth of the events at which they performed.

For example, only two years after the founding of "NBC", the crowning moment of the crew's existence was the 2004 "Players Delight" New Year's Eve party, with DJ Tomekk alongside the resident DJs (DJ JAM and DELIGHT) and an audience of over 5,000 people.

Due to the high cost and complexity of organising training areas to allow them to develop their skills as a group, Björn decided to rent an area under his former flat. With Romeo as the first coach these rooms, which still exist. became the cornerstone for the "Samuels Dance Hall" dance school system that is currently being taught at three locations in Berlin. Dancers from "NBC" still work as coaches at the Samuels Dance Hall and pass on their experience of the urban dance scene to children and adolescents.

The new challenges presented by the school, the complexity of the group, the strengths of the individual personalities and the inclusion of an "NBC" member in Swedish pop group Rednex have put the crew on ice in 2004.

It was the 2004 Christmas Gala at the Samuels Dance Hall that allowed part of the group to reunite with some of their talented students.

This is the first time the name "Samuels Crew" was heard.

For example, today's HVD youth initiation shows at the Friedrichstadtpalast and the Berlin Brandenburg Youth Initiation at the FEZ were performed over a period of years by the Crew, which encompassed two generations.

The continuous growth of young talents provided a steady breath of fresh air and new development challenges in which the Samuel's Crew had to reinvent themselves in different styles and types.

The members between 2005 and 2010 were Nadine, Gelareh, Cathi, Alina, Lia, Lisa, Romeo, BJ, Long (today head of the Samuels crew and crew member of the Fothamockaz), Shizzo (also Fothamockaz) and Gunnar (today an independent dancer and specialist in American urban dance culture). 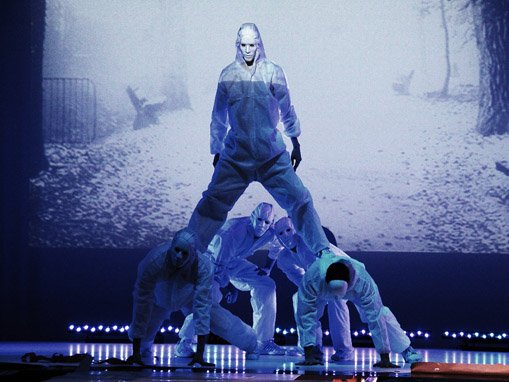 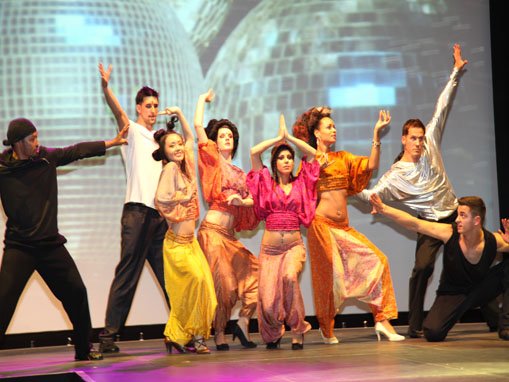 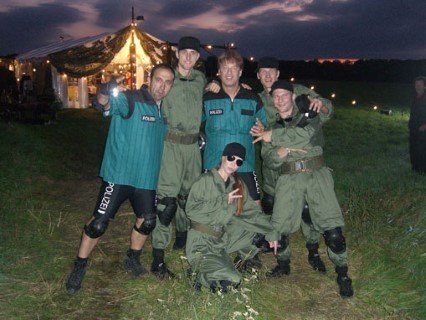 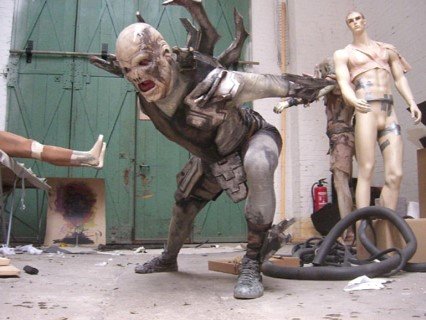 (Superbullen, night filming in Munich, 2010) (Pandorum, Potsdam Babelsberg, 2008) From 2009-2014, the crew was the only dance act to tour through northern and central Germany on the NDR and MDR Summer Tour and shared the stage with bands including Mike and the Mechanics, The BossHoss, Mel C and many others. 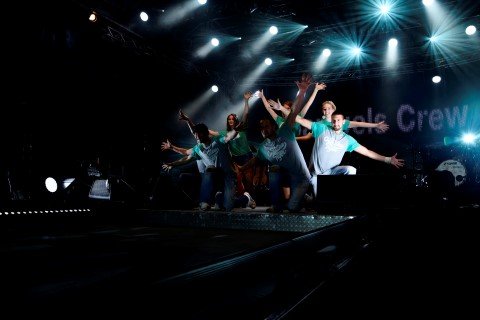 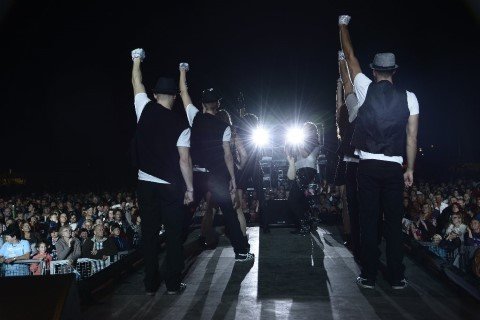 Since two members of the Crew, Romeo and BJ, had spent their youth taking part in competitions and being compared to others, between 2009-2014 they faced crews from all over the world on the international surface of the IDO.

They joined internationally successful competition team "Respect" from Potsdam, headed by Sven Seeger. Romeo: 2009-2012, BJ: 2009-2014 and Nadine: 2012 Like all the other members of the group, they were over 30 years old and entered qualifying runs at the IDO World Championships in the Over-30 Formation category. In these six years, they came home as world champions five times and once as runners-up.

Teaching, performing and development, coupled with the flexibility to reach the audience in all situations, was now to be her constant companion. In 2011 Laura became a member of the Crew. At the end of 2011, Shizzo left the fixed circle of the Crew, studied event technology and management and founded, together with Long, Lou and Sascha, the "Fothamockaz" ("FM Crew" for short) urban entertainment crew, which still exists. He continues to work with Samuel's Crew as a performer and choreographer.

In 2012, Christopher Schmidt, another dancer from the student talent pool at Samuel's Dance Hall, joined the group. Chris is a photographer and can also look back on many successes as "The Moving Picture Artist". Sandra Bo joined the crew in 2013 as a coach for competitive students. Since then, she has enriched the crew with her unusual, extravagant looks and pointed lady and hip-hop choreographies, which are both sexy and powerful at the same time. Her steady companion "Barnie" has since become part of the Samuels family. But he hasn't made it to the Crew yet. But he can draw plenty of attention to himself by barking loudly.

In 2015, the two most recent young, extraordinary talents joined Samuel's Crew: Charly and Matze, who represent the youngest generation of professionals.

Steeped in the experience gained in the last ten years of existence of Samuel's Crew and Samuel's Dance Hall, the Crew is ready to present the evolution of the Crew in the next few years.

Since 2016 it has become a little quieter, and the tours are suspended. The founding generation of BJ and Romeo passed the baton to the younger generation. Long has been the Crew's artistic director since 2016. Romeo has withdrawn from the permanent role of choreographer. Since then, BJ has been able to focus more and more on pure dancing, initiating new ideas and projects for and associated with the Crew. As he says with a smile: "To dance freely at last".

Since then, a new era has begun, with a new distribution of roles that is being re-learned, sought and understood. 2016 is considered one of the most renewal- and development-rich years in the Crew's history.

A new addition to the Crew was the Italian Marco Di Nardo, a contemporary B-boy who has worked in dance theatre across Europe. Marco, who fits into the Crew with both his personality and his human flow, has integrated himself as if he had been there for the past ten years.

What motivates the Crew is to live up to the honour of their history and the career of the Crew as a whole according to their motto: "Quality of teaching + own experience + motivation = NEXT generation (without loosing the roots and passion)."

The essence of the Crew is that they focus on the future and youth, even if the performance has to suffer at times. Their guiding principle since Samuel's Crew came into existence in 2005 remains true to this day: to recruit their members from coaches and the talents of the halls. They are proud to be part of Samuel's Crew and to represent the dancing side of Berlin together with many other well-known crews. At the moment they are working on dancing and choroegraphy for their biggest project ever, the "Berlin Nights". With this show they hope to meet their own high expectations, as well as those of the Berlin audience, in cooperation with the whole "Berlin Nights" cast, all of whom are exceptional artists. The year 2017 is full and they're looking forward to it!

The time is now. 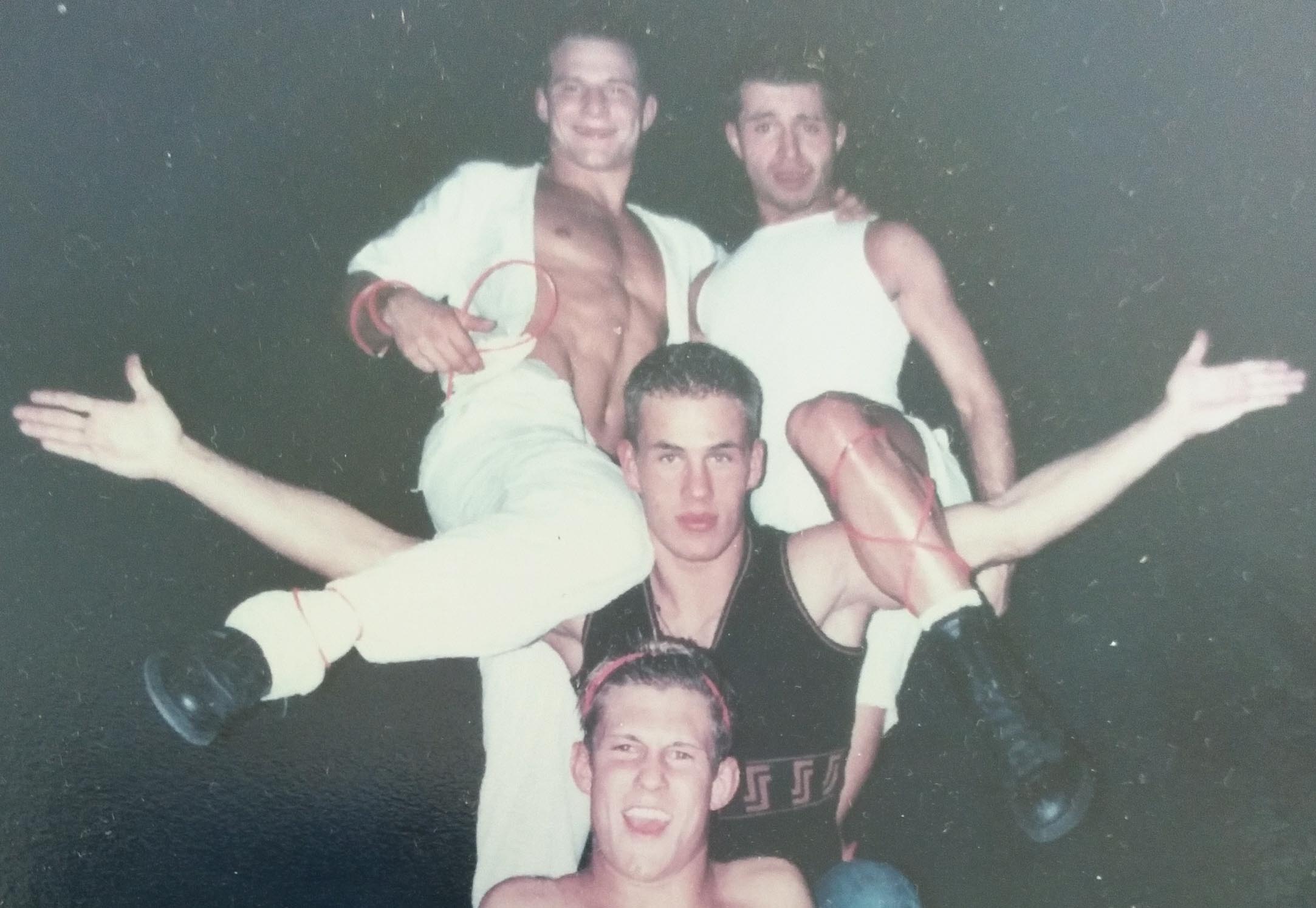 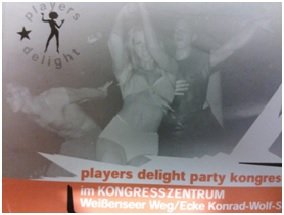 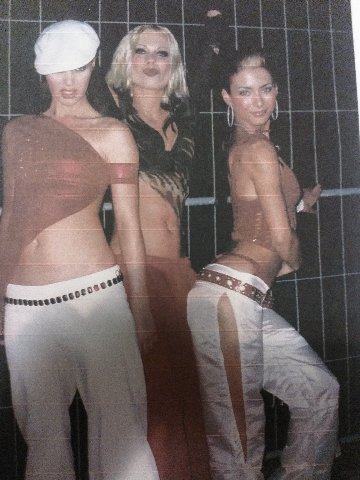 Photo capture from the video shoot for "Bounce" by Tefla and Jaleel, 2001 (from left to right: Red Nad, Stones, Ina) 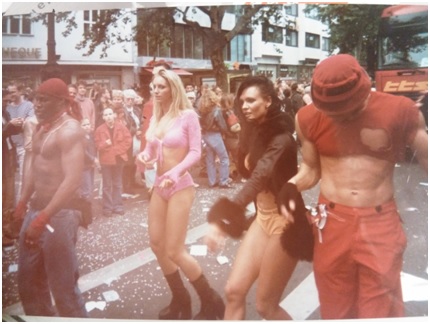 From left to right Melody, Dani, and Doreen: three significant figues
in the history of the Berlin club animation scene and Mark, CSD Berlin, 2002 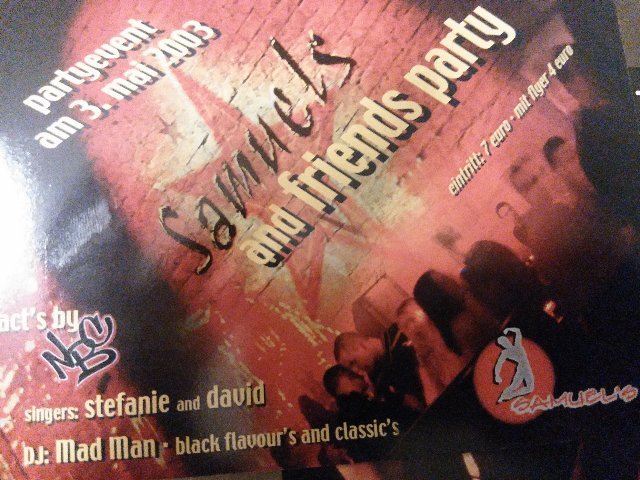 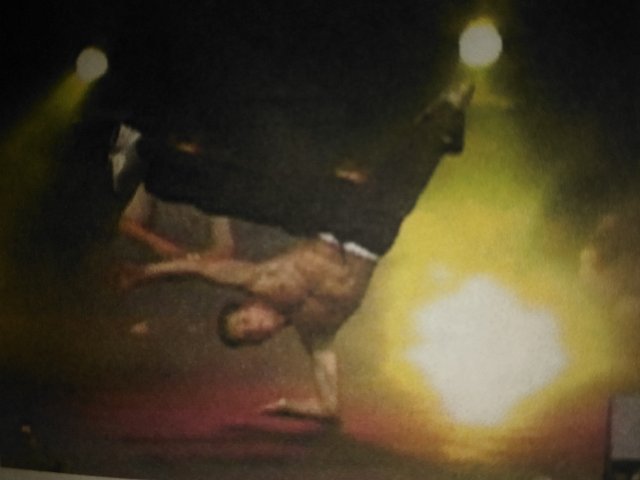 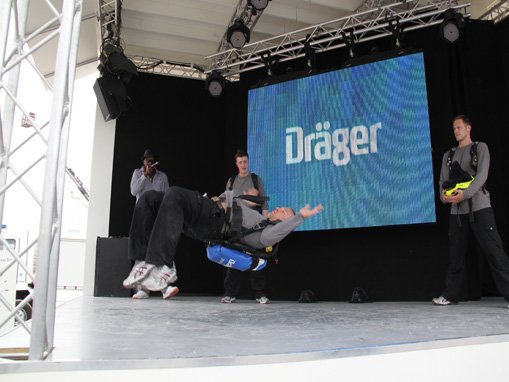 (Interschutz in Leipzig with Alberto, 2010) 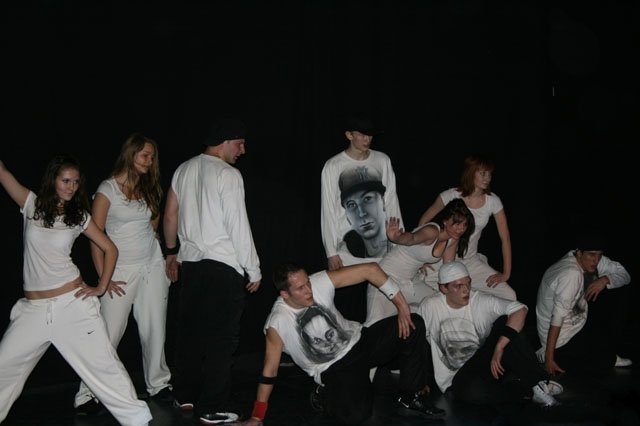 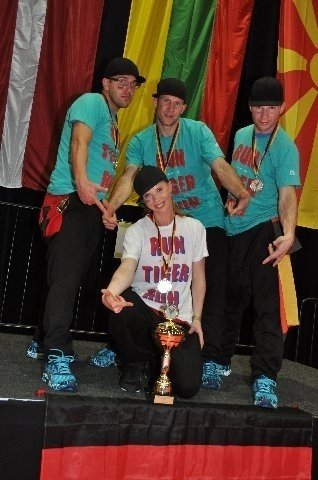 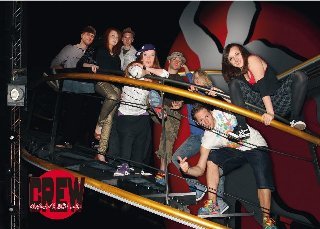 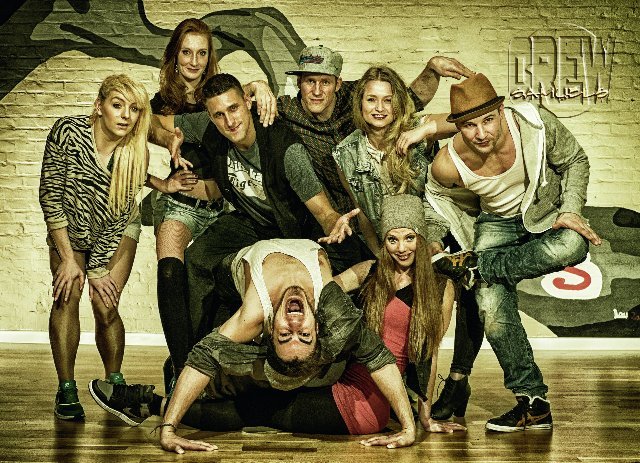 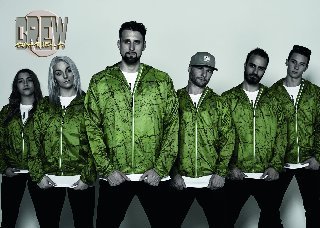